Last night I took out an old favorite; Bob Dylan’s Blonde on Blonde. It’s a glorious, unrefined, masterful, poetic mess of an album. I’ve been in love with this record since about 5 years after I first bought it as a double LP. At age 19, I just wasn’t ready for it and it took me a few years to warm up to it. At first it struck me as too ramshackle and shrill. It sounded like out-of-tune circus rock with a drunken brass section. His singing on this record has an absurdly comic swagger, with those long, lazy vowel sounds in the phrasing that still stand as the classic Dylan caricature. 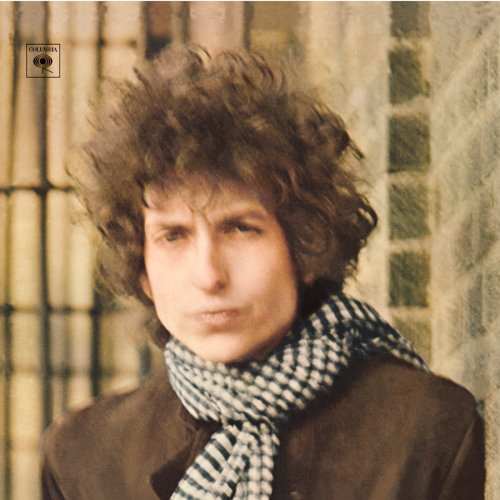 Blonde on Blonde came out in 1966 and is the final chapter of Dylan’s mid-60s “gone electric” period. After this album, he wrecked his motorcycle and went away for a couple years. This record is not easy on ears that want pitch perfection and polish. It helps to look at it not so much as a rock album but more as a descendant of the bristling mid-50s Chicago blues records that were such an obvious influence on Bob Dylan. To know what folks like Muddy Waters, Howlin’ Wolf and Willie Dixon had done helps you see where this skinny, afro-haired Jewish kid from Minnesota was trying to go.

There’s just too much to say about this record, and this little entry must remain woefully incomplete in the interest of time. Instead, let me just drop a few of his lines on you:

Ain't it just like the night to play tricks when you're tryin' to be so quiet?
We sit here stranded, though we're all doing our best to deny it
And Louise holds a handful of rain, tempting you to defy it
Lights flicker from the opposite loft
In this room the heat pipes just cough
The country music station plays soft
But there's nothing, really nothing to turn off
from “Visions of Johanna”

With your sheet-metal memory of Cannery Row
And your magazine-husband who one day just had to go
And your gentleness now, which you just can't help but show
Who among them do you think would employ you?
from “Sad-Eyed Lady of the Lowlands”

When Ruthie says come see her
In her honky-tonk lagoon
Where I can watch her waltz for free
'Neath her Panamanian moon
And I say, "Aw come on now
You know you know about my debutante"
And she says, "Your debutante just knows what you need
But I know what you want"
from “Stuck Inside of Mobile (with the Memphis Blues Again)”

How does he do it?

Okay, I’m sure pot had a little something to do with it, but this isn’t just some random, psychedelic-60s, word-salad type songwriting (see “I Am the Walrus”). It has a poetic logic to it and it works. It’s also just plain fun, the way rock’n’roll was intended to be. This is one of the records I reach for when I need to be reminded of how it’s done.